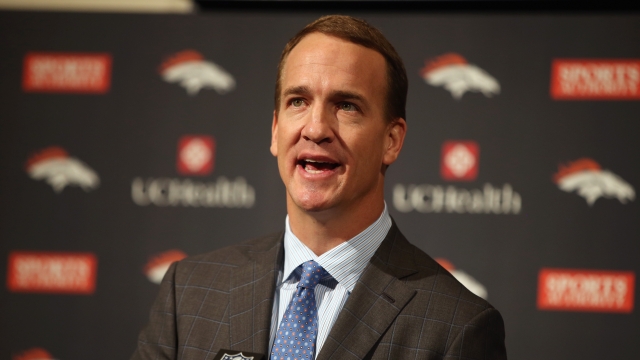 "There's just something about 18 years. Eighteen is a good number. And today I retire from pro football," Manning said in a press conference.

Manning's retirement doesn't exactly come as a shock. The soon-to-be 40-year-old is the oldest quarterback ever to start a Super Bowl.

Manning exits as the NFL's all-time leader in passing yards, passing touchdowns and total wins as a quarterback.

And just because Manning is retiring from playing doesn't necessarily mean he's done with football.

There's speculation he could consider a front-office job, with one report from CBS highlighting Cleveland and Tennessee as possible landing spots.

This video includes clips from NJ.com and Nationwide, and images from Getty Images.