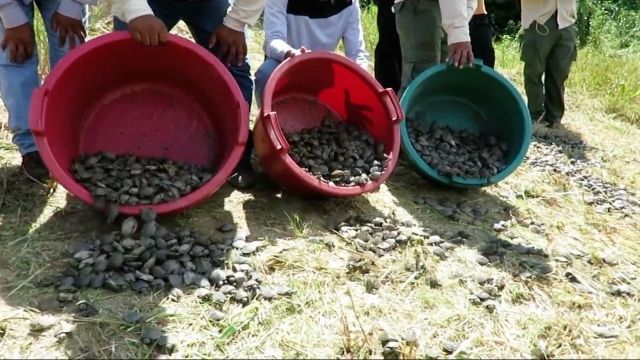 By Lindsey Pulse
November 6, 2016
The eggs were collected throughout August and cared for until they hatched.
SHOW TRANSCRIPT

The turtles, known locally as Taricaya, were released as part of a conservation effort. Peruvian officials consider the spotted turtles a vulnerable species.

This release was the first of three — in all, the government plans to release 500,000 baby Taricayas by mid-November.

You might be wondering how officials got their hands on hundreds of thousands of baby turtles. Well, national conservation agency volunteers reportedly collected eggs throughout August and cared for them until they hatched.

The group hopes the release will spur protection efforts for the at-risk species for years to come.