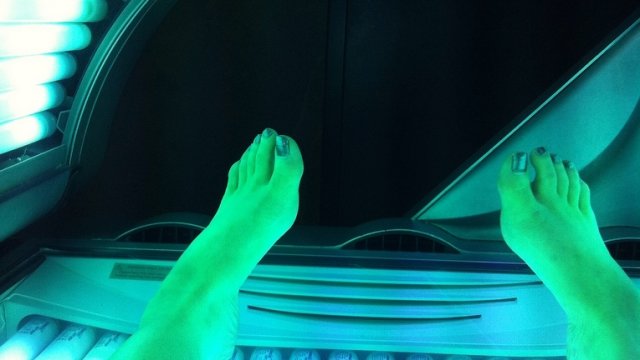 SMS
People Who Tan At A Gym More Likely To Become Addicted To It
By Lindsey Theis
By Lindsey Theis
July 18, 2018
A new study calls tanning beds potentially addictive and says putting them in gyms might actually make things worse.
SHOW TRANSCRIPT

The World Health Organization says it's a carcinogen. More than a dozen states ban minors from it. Yet nearly 10 million people in the U.S. still tan indoors. A new study finds many tanning beds are in gyms, where they can be especially dangerous — and potentially addictive.

Researchers surveyed more than 600 people who used a tanning bed at least once in their life. People who tanned at gyms did so more frequently and sometimes reported feeling the urge to tan, even if they knew the dangers. Researcher Sherry Pagoto says they could be showing signs of addiction.

"Tanning addiction isn't a formal diagnosis, but again, we are kind of seeing this pattern where people are tanning in ways that almost looks like someone who is addicted to a substance," Pagoto, director of UConn Center for mHealth and Social Media, told Newsy.

The study backs up 2015 findings that showed two in five indoor tanners said they tanned in a place other than a tanning salon, most often at a gym. 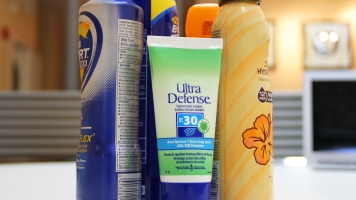 Researchers also found people tanned more often the more they worked out at gyms. Pagoto says this could be dangerous, since gym-goers already tend to get a lot of sun.

"Physical activity is actually associated with increased risk of melanoma, because we always think of exercise as protecting us from diseases like cancer," Pagoto said. "The fact that gyms are offering tanning beds to people who are trying to get active is putting a carcinogen in front of people who are already at increased risk of melanoma, so I think that's a big concern."

As it stands, more than a quarter of a million cases of skin cancer are attributed to tanning bed use. But the number of people who tan indoors is decreasing. Pagoto's next round of research aims to measure exactly how many gyms have tanning beds.