People Are Reportedly Getting Sick From Florida's Red Tide 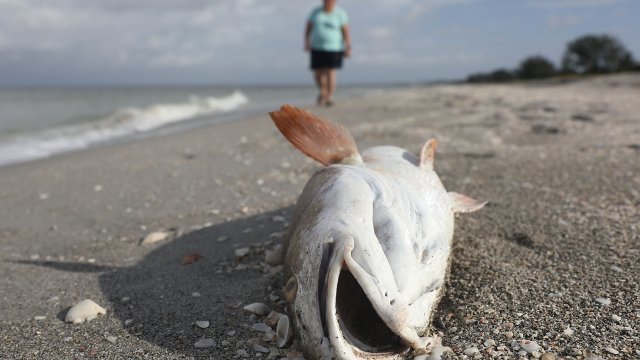 The toxic red tide off Florida's coast is reportedly sending some people to their doctor's office.

Doctors in the state say they've seen more people with breathing problems during this bloom, NBC News reports. One allergy specialist told the outlet he'd seen a 20 percent increase in patients this summer.

And that makes sense: The red tide release brevetoxins, which can cause a number of health complications in humans, including irritation to the throat and lungs when inhaled.

The effects are usually temporary, but NBC News reports there haven't been many studies on the effects of long-term exposure.

And this red tide event has been pretty long. It began back in October 2017, though it's gotten worse in recent months.

Florida has had longer red tides, though — one beginning in early 2004 lasted for 17 months.

In August, Florida Gov. Rick Scott declared a state of emergency because of the tide to help local business affected by a drop in tourism as well as clean up efforts.