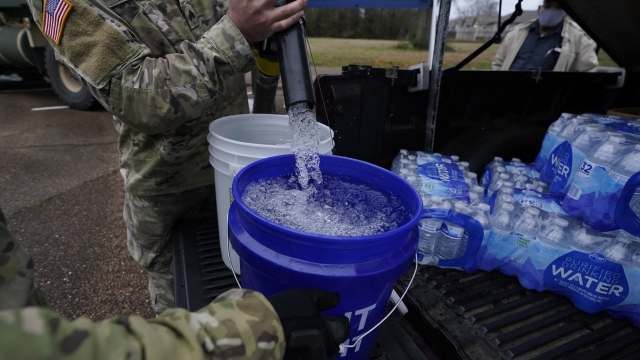 It's been two weeks since a winter storm hit the southern U.S.

While Texas appeared to take the brunt of storm-related issues, a city in Mississippi still doesn't have access to clean water. People in Jackson are still under a boil order. The National Guard stepped in to help distribute bottled water.

Dozens of water main breaks and leaks have been reported. At least 51 of 80 damaged pipes have been restored, but city officials have not said when water access will be fully restored.