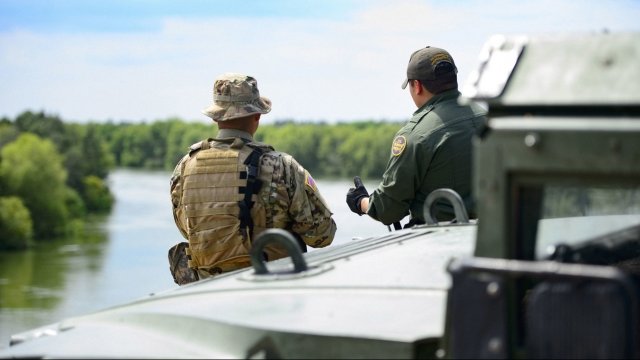 The Pentagon is sending thousands of troops to the border.

On Monday, the Department of Defense confirmed it would send 5,200 active-duty troops to the U.S.-Mexico border. The move comes as two migrant caravans make their way north.

The additional personnel will be on top of the 2,100 National Guard members already supporting U.S. Customs and Border Protection efforts along the southern border.

DOD said the added troops will be in place by the end of the week.