Pentagon Says Why It Needs 2 New Types Of Nuclear Weapons 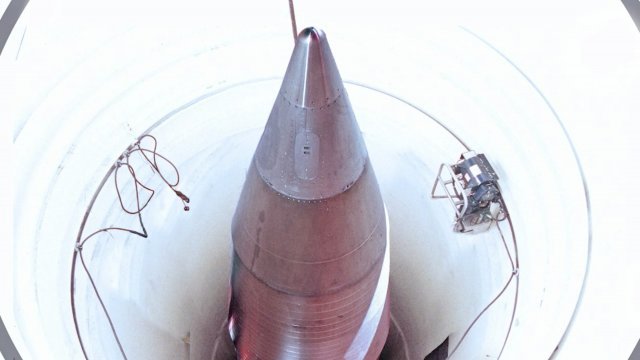 SMS
Pentagon Says Why It Needs 2 New Types Of Nuclear Weapons
By Jake Jones
By Jake Jones
February 2, 2018
This is the first change in U.S. nuclear strategy since 2010.
SHOW TRANSCRIPT

The U.S. says it needs smaller nuclear weapons as a deterrence against other so-called "Great Powers."

The Pentagon's newly updated Nuclear Posture Review outlined two new types of nuclear weapons to be produced: low-yield nuclear options for ballistic missiles, which could be launched from a submarine, and nuclear-armed submarine-launched cruise missiles.

The theory goes Russia expects the U.S. wouldn't use a high-yield nuclear weapon if it detonated a smaller, low-yield nuke. Defense officials say having those smaller nuclear weapons is now a necessary deterrence.

The submarine-launch capability would also make the weapons effective against North Korea and could be a reassurance to Japan and South Korea.

The Pentagon says it will focus on developing low-yield ballistic missile warheads in the short term and develop nuclear-tipped submarine-launched cruise missiles in the long term.