Pentagon Pulls Back On 3 Border Projects Due To 'Insufficient' Funds 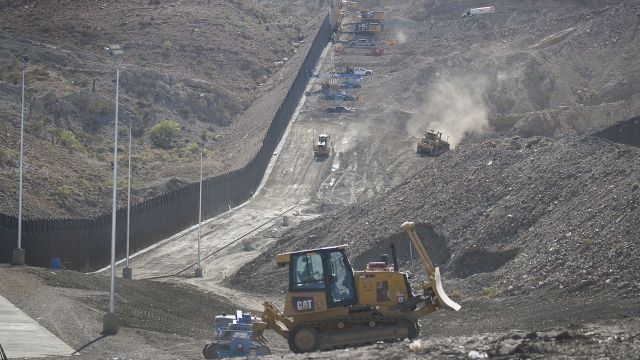 SMS
Pentagon Pulls Back On 3 Border Projects Due To 'Insufficient' Funds
By Caitlin Baldwin
By Caitlin Baldwin
September 17, 2019
The government says its canceling plans for 20 additional miles of border barrier in Arizona and California because of "insufficient" funds.
SHOW TRANSCRIPT

In August, the secretary of defense approved additional projects that would have added 20 miles of border barrier in Arizona and California. The administration said the costs of other border contracts were lower than anticipated, so the Defense Department thought it had enough money to add more. But in a court filing Monday, the government said it's canceling all three because of "insufficient contract savings."

President Donald Trump declared a national emergency at the U.S.' southern border in February, which let him access certain emergency funding to pay for a border barrier without going through Congress. The Supreme Court has since given his administration the go-ahead to reallocate funds, but that decision has faced legal challenges.