Pentagon Denies Claims Of US Missile Strikes In Syria 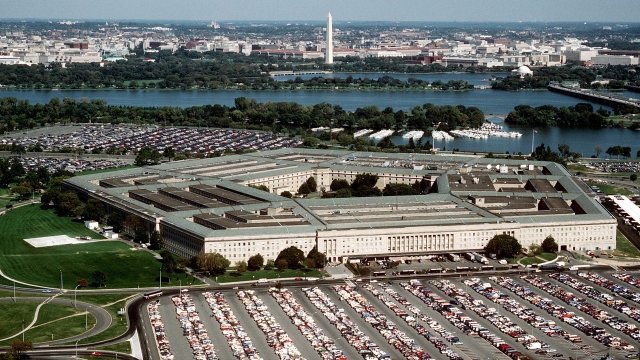 A state-run Syrian news agency reported Syrian air defenses shot down eight missiles and that an unspecified number of people were killed.

It initially blamed the U.S. for the missile strikes. The Pentagon denied the claim in a statement.

"At this time, the Department of Defense is not conducting airstrikes in Syria. However, we continue to closely watch the situation and support the ongoing diplomatic efforts to hold those who use chemical weapons, in Syria and otherwise, accountable," the Pentagon statement said.

Several news outlets speculated the U.S. was considering military action after dozens of people were killed in a chemical attack in the last rebel-held part of Eastern Ghouta on Saturday.

In a tweet, U.S. President Donald Trump called Syria's president an "animal" and warned there'd be a "big price to pay" after the chemical attack.

As of early Monday morning, Israel had not responded to claims it carried out Monday's missile strike.