Pentagon Claims China Is 'Likely' Training Military To Target The US 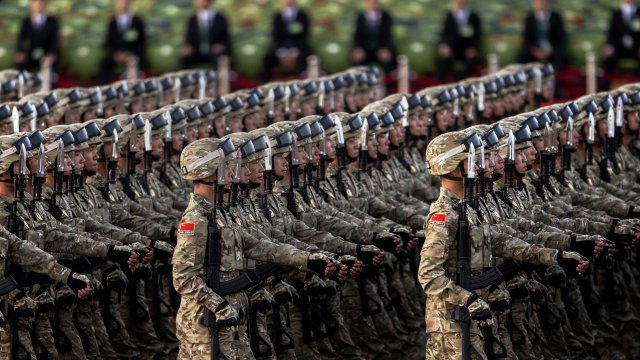 The Pentagon made this claim in its annual report to Congress about Chinese military developments.

A new Pentagon report claims China's military is "likely training for strikes" against the U.S. and its allies.

A report on Chinese military developments is sent to Congress each year. In its assessment released Thursday, the Pentagon said China's People's Liberation Army has been expanding its overwater bomber plane operations by sending its bombers further afield.

The report says it's currently unclear what the PLA is trying to prove by doing this, but that China could end up demonstrating the "capability to strike U.S. and allied forces and military bases in the western Pacific Ocean" if it continues extending its operations.

The Pentagon also noted that China is working to build a "long-range strategic bomber with a nuclear delivery capability."

That didn't make China too happy since it still claims the self-governing democratic island as part of its territory. A spokeswoman for China's Ministry of Defense said the U.S. defense bill was "full of Cold War mentality."