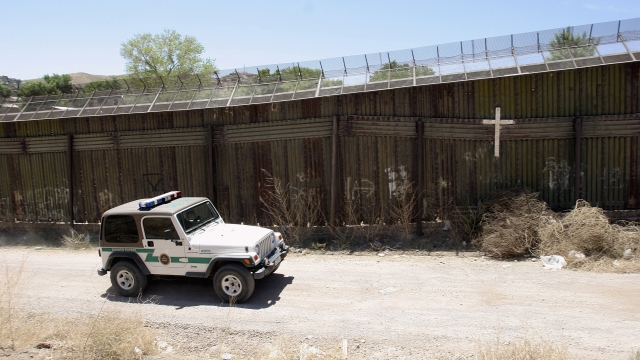 This is in addition to roughly 135 miles of barrier that were already approved.

The Pentagon has approved an additional 20 miles of barrier along the southern border, to be paid for by reprogrammed funds.

Secretary of Defense Mark Esper signed off on the project, according to court documents filed Tuesday.

Former acting Defense Secretary Patrick Shanahan had already approved reprogramming $2.5 billion for the DOD's counterdrug fund, which planned to build roughly 135 miles of barrier. But parts of that project came in under budget, freeing up money for an additional 20 miles.

The Pentagon has said it doesn't need congressional approval before moving money around. But Congress has threatened to take away the department's ability to reprogram funds.

Last month, the Supreme Court ruled Trump administration can use military funds for border wall projects. But a legal battle over whether the administration even had the authority to divert those funds without congressional approval is ongoing.