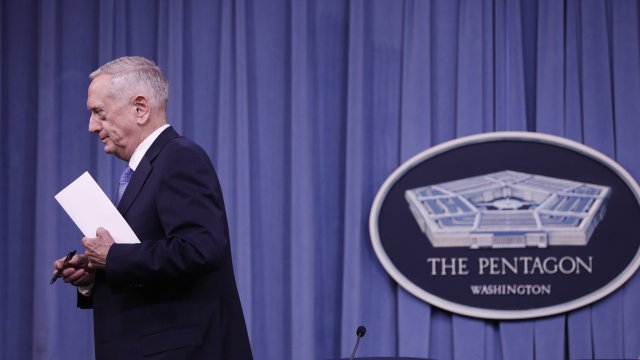 SMS
Pentagon Announces Major Shift In US Nuclear Policy
By Jake Jones
By Jake Jones
February 2, 2018
The report points to changing "Great Power relations" as a reason for the shift in policy.
SHOW TRANSCRIPT

The Pentagon announced a major change in U.S. nuclear strategy.

The first since former President Barack Obama's first term, the updated Nuclear Posture Review says the U.S. will add weapons to its arsenal. That's in response to Russia re-emerging as a global power and China flexing its own hegemonic muscles. Both countries have also invested in their own nuclear arsenals. Iran and North Korea's increasing nuclear capabilities was also noted as a catalyst for the change in strategy.

The new strategy calls for two new kinds of nuclear weapons, both of which can be launched from submarines.