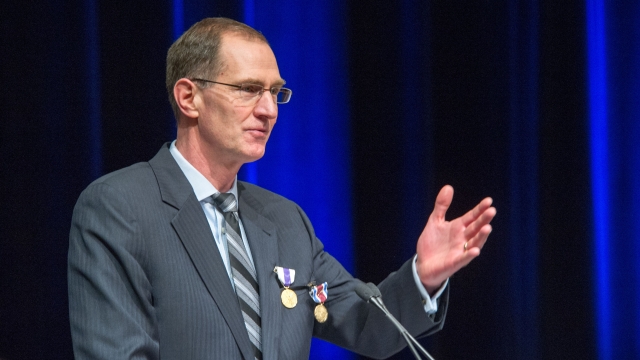 James Miller pointed to Defense Secretary Mark Esper's apparent support of the use of smoke and pepper balls to clear streets near the White House.

An adviser for the Pentagon resigned from the department's Defense Science Board Tuesday.

In his resignation letter, which was shared with The Washington Post, James Miller accused Defense Secretary Mark Esper of violating his oath of office by appearing to support the use of smoke and pepper balls to clear protesters from the streets near the White House Monday night.

That happened just before President Donald Trump made his way to St. John's Episcopal Church. He was accompanied on that walk by Esper and other senior administration officials.

Miller told Esper in his letter, "You may not have been able to stop President Trump from directing this appalling use of force, but you could have chosen to oppose it. Instead, you visibly supported it."

Miller continued, "You must have thought long and hard about where that line should be drawn. I must now ask: If [Monday] night’s blatant violations do not cross the line for you, what will?"

Esper told NBC News that he thought Monday's trip out of the White House was to "see some damage and talk to the troops." The Pentagon said he hadn't been aware he was being led to the church to take photos.

Miller joined the Pentagon's Defense Science Board in 2014. Before that he'd served as under secretary of defense for policy.