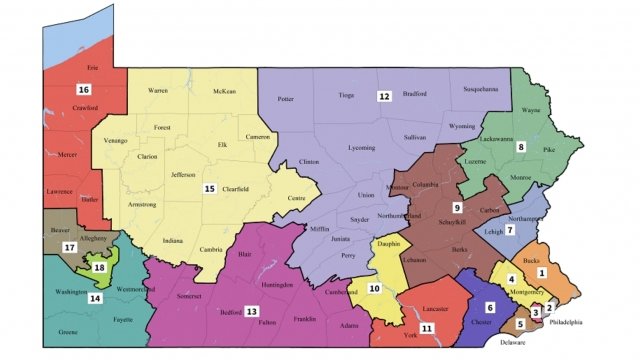 Pennsylvania has a new congressional district map, thanks to the state's Supreme Court.

Pennsylvania's high court took it upon itself to put together a restructure of the state's 18 congressional districts after the General Assembly and Gov. Tom Wolf failed to come up with a compromise by the court-imposed deadline.

Back in January, the court ruled the 2011 map had been unconstitutionally drawn to secure seats for Republicans in the U.S. House of Representatives.

That ruling came just under two weeks after a federal court said North Carolina's congressional districts were unconstitutionally drawn. But North Carolina's current maps are expected to stand for the 2018 elections.

Pennsylvania plans to use the new map for its congressional elections this year.