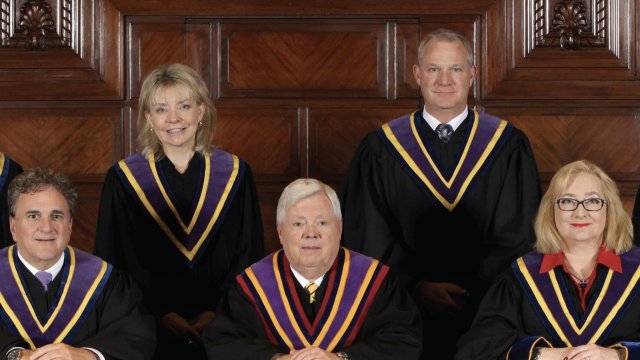 A Pennsylvania court has thrown out its electoral map, saying it violates the state's constitution due to gerrymandering.

The state Supreme Court ruled 5-2 Monday that Republican-drawn districts gave them an unfair advantage, despite Pennsylvania being a swing state. It ordered the map be redrawn within three weeks.

The decision takes place ahead of midterm elections in November, giving Democrats a fighting chance in the state. Currently, Democrats are packed into five districts, and Republicans hold 12 of Pennsylvania's 18 seats.

Pennsylvania has a reputation for its strangely drawn maps, with the odd lines earning names like "Goofy kicking Donald Duck."

If no action is taken to rework the map by mandated deadlines, the court says it will create one of its own.