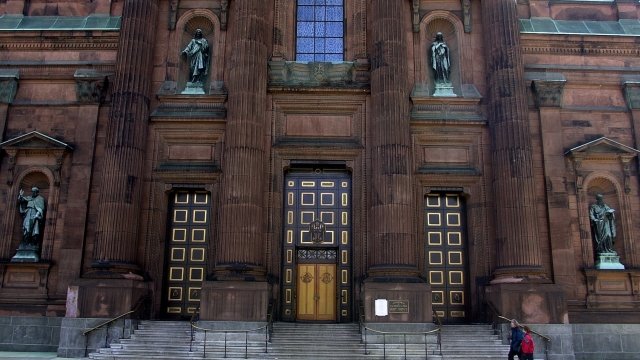 A grand jury report says over 300 priests belonging to Catholic Dioceses in Pennsylvania have been credibly accused of abusing more than 1,000 children.

The report released Tuesday, says six dioceses in the state had priests responsible for abuse dating back to 1947. The jurors wrote, "There have been other reports about child sex abuse within the Catholic Church. But never on this scale."

A statement early this month by the state attorney general Josh Shapiro said, "The true test of the Diocese’s commitment to victims of abuse and reforms within the Church will be their actions following the release of the report."

But many instances of the "abuse are too old to be prosecuted" according to jurors. Shapiro's office says he's called to end limitations statutes.

The Catholic Church has dealt with multiple sexual abuse scandals recently. In May, the highest-ranking Catholic official ever to be charged with concealing abuse was found guilty in Australia.

And in July, Pope Francis accepted the resignation of Archbishop Theodore McCarrick from the College of Cardinals. McCarrick faced multiple accusations of molestation and sexual misconduct.