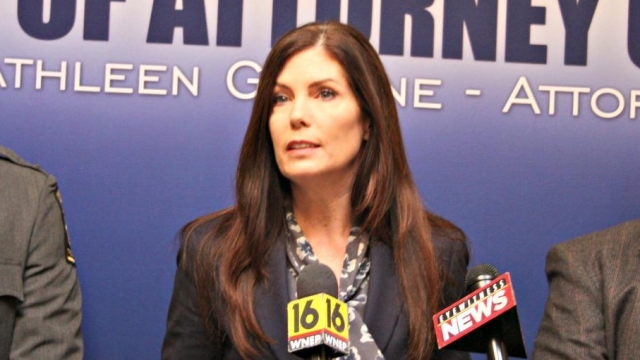 Pennsylvania's disgraced attorney general says she will resign by the end of the day Wednesday.

In a statement announcing her resignation, Kathleen Kane said, "I have been honored to serve the people of Pennsylvania, and I wish them health and safety in all their days."

On Monday, the Democrat was found guilty of two felony perjury charges and seven misdemeanors after leaking grand jury documents to get back at a political rival. Prosecutors said she did it after receiving bad press and then lied about it to a grand jury.

"The fact that she would commit criminal acts while she was the top prosecutor is a disgrace," Assistant Montgomery County District Attorney Michelle Henry said.

Kane's resignation isn't a surprise at all — in fact, she's required under state law to resign by the day of her sentencing, which is set for October. And calls for her resignation began almost immediately after her conviction Monday.

Kane could face seven years in prison on each of her perjury charges, and one of the prosecutors has said that's not at all off the table.

The timing actually works out for voters, though — Kane was at the end of her first term and wasn't seeking re-election. Until January, her top deputy will be acting attorney general.