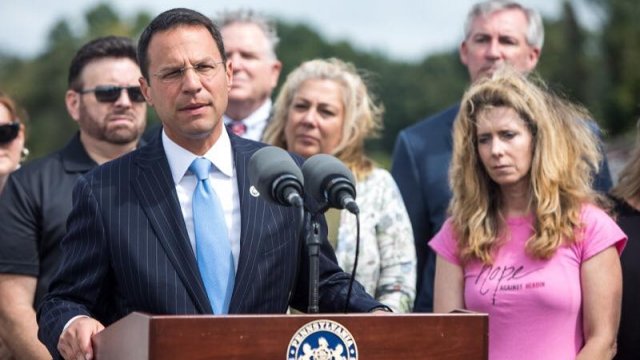 Pennsylvania's attorney general says there's proof that the Vatican knew about the allegations of sexual abuse by priests in the state — and about efforts to cover it up.

Attorney General Josh Shapiro made the comment on NBC's "Today" on Tuesday. He said he couldn't speak specifically to Pope Francis, but he has "evidence that the Vatican had knowledge of the cover-up."

It's unclear exactly what that evidence is, though.

The comments come two weeks after a grand jury report was released saying more than 300 priests in Pennsylvania were credibly accused of abusing more than 1,000 children. The alleged abuse dated back to 1947.

In the weeks since the report was released, the Catholic Diocese of Pittsburgh said it received dozens more reports of abuse.

Pope Francis issued a letter last week condemning sexual abuse by priests and its cover up. But he told reporters on Sunday that he wouldn't comment on accusations that he knew about some sexual conduct allegations within the church and took no action.