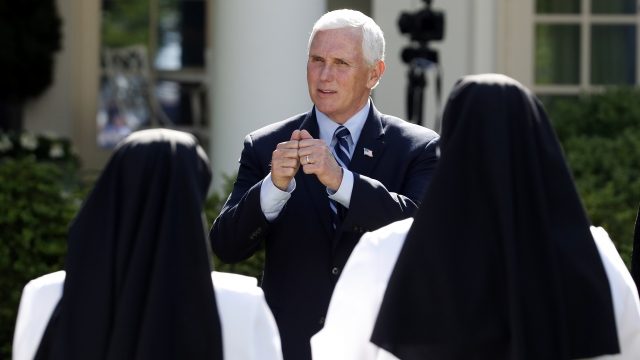 Pence has previously touted the state as a success story, but cases have spiked in recent weeks. Over 11,000 Iowans have tested positive.

He and Agriculture Secretary Sonny Perdue departed for Des Moines on Friday, along with Sens. Chuck Grassley and Joni Ernst. The flight was reportedly delayed an hour after a staffer tested positive for COVID-19.

Pence also participated in a roundtable discussion about the national food supply at grocery store chain Hy-Vee's headquarters. The company announced Tuesday it's limiting meat sales due to meatpacking worker shortages and an increase in demand.

Iowa has had relatively lax coronavirus restrictions, with no statewide stay-at-home order. Pence has previously touted the state as a success story, but cases have spiked in recent weeks. Over 11,000 Iowans have tested positive, with over 2,000 cases in Polk County.