US Officials Are Visiting This Small Nation To Ease Russia Concerns 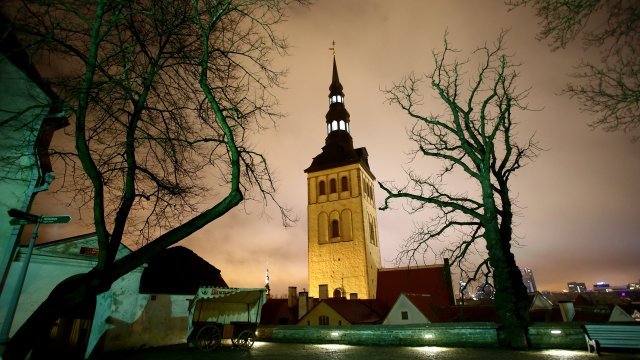 By Gabrielle Ware
July 30, 2017
Vice President Mike Pence is just the latest in a line of officials to visit Estonia.
SHOW TRANSCRIPT

The Baltic country of Estonia is small, but it's getting big attention from U.S. officials.

Vice President Mike Pence arrived there Sunday. He's the latest U.S. official to visit the country in a show of support for NATO's Baltic members.

Estonia is home to a little more than a million people. It's located right beside Russia. That proximity and Pence's visit aren't a coincidence.

Fear that Russia could invade Estonia has been growing for a while. 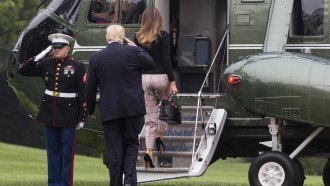 War games conducted by the the RAND corporation in 2014 and 2015 showed Russia could invade the country's capital within 36-60 hours. If that happened, NATO would have very limited ways to help.

Estonia and other Baltic states are also concerned about Russia's frequent military exercises near Estonia.

Russia is currently preparing to carry out its Zapad military exercise in Belarus. That will bring an estimated 100,000 troops to the region, and some officials worry Russia will leave troops behind after the exercise is over.

Pence will meet with leaders to discuss installing an anti-aircraft defense system to help keep the region safe. He also intends to thank the Baltic states for spending 2 percent of their budgets on defense, something President Donald Trump wants all NATO members to do.

A line of U.S. officials before Pence — including House Speaker Paul Ryan and Sen. John McCain — have visited Estonia this year. And with tensions growing between Russia and western nations, now may be a really good time to shore up allies.

Russia is upset about recent U.S. sanctions, calling them unlawful. It ordered the U.S. to reduce the number of diplomats and personnel working in Russia. It also threatened other retaliatory measures if the U.S. moves forward with more sanctions.

Pence is also set to visit Georgia and Montenegro before he returns to the U.S.