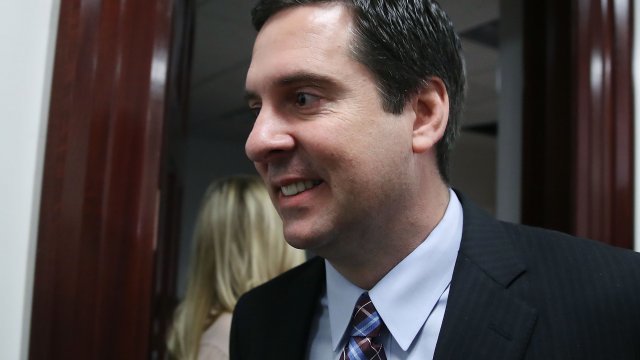 Pelosi sent a letter to House Speaker Paul Ryan asking for Nunes to be removed as chairman of the committee. Pelosi says the California Republican "abused his position," arguing Nunes is part of a cover-up for the White House.

The letter accuses Nunes of altering a classified memo and sending it to the White House without the committee's approval. The controversial GOP memo reportedly accuses the FBI of anti-Trump bias. The FBI says it has "grave concerns" over facts left out of the document.

In April, Nunes recused himself from the House intelligence committee's investigation into Russian meddling in the 2016 U.S. election after he was accused of disclosing classified information to the public. He returned to the investigation in December after the House Ethics Committee found he didn't violate any House rules.