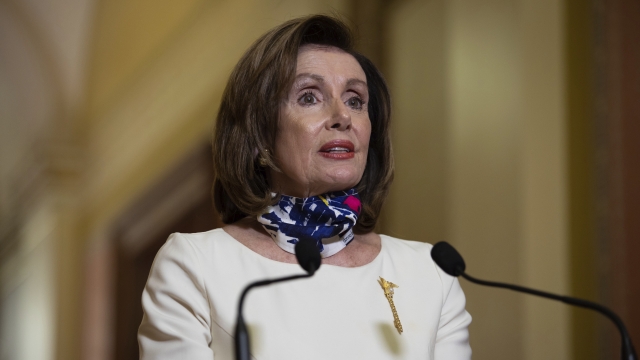 It also includes more direct payments to Americans and $75 billion for coronavirus testing.

Pelosi told reporters that Federal Reserve Chairman Jerome Powell has said to "think big" because interest rates are so low. She said fellow Democrats "intend to use those low interest rates to bolster the American people."

"We must think big for the people now because if we don't it will cost more in lives and livelihood later," Pelosi said. "Not acting is the most expensive course."

It's important to point out that this is not set in stone. The aid package, more like a wish list, has not been negotiated with Republicans or the Trump administration. The White House said it wants to see whether reopening has helped the U.S. economy before passing another massive stimulus bill.

Pelosi said the House is expected to vote on the package on Friday. But Senate Majority Leader Mitch McConnell has said Congress should pause before passing another aid package.

The Senate most likely won't approve any further aid until after the Memorial Day recess. Senators will go into recess at the end of next week and are scheduled to return on June 1.