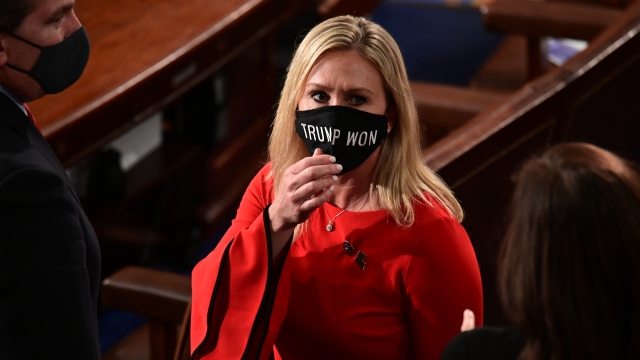 House Speaker Nancy Pelosi criticized republican leaders for putting Greene on the house committee on education and labor after Greene mocked the deaths of children at both the sandy hook and parkland school shootings.

Comments recently resurfaced of Greene claiming the shootings were fake.

Pelosi says Republican leaders need to be held accountable for overlooking those remarks.

"It's absolutely appalling, and I think that the focus has to be on the Republican leadership of this House of Representatives for the disregard they have for the death of those children," said Pelosi.

A CNN report also recently brought to light Greene's social media activity in which she liked a post about executing Democrats — among them, House Speaker Pelosi.