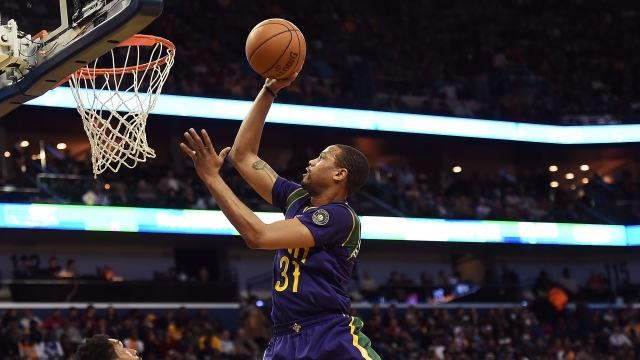 Bryce Dejean-Jones, a guard for the New Orleans Pelicans, died early Saturday of a gunshot wound. According to police, Dejean-Jones was fatally shot after he broke into an apartment in Dallas.

KXAS cites an email from the housing complex that says Dejean-Jones was trying to force his way into the apartment of "an estranged acquaintance" but ended up entering the wrong unit. WFAA reports Dejean-Jones' girlfriend lives in the complex where he was shot.

The 23-year-old basketball player signed a three-year contract with the Pelicans in February and played in 14 NBA games before his death. The Pelicans released a statement saying the team was "devastated at the loss of this young man's life who had such a promising future ahead of him."

This video includes images from Getty Images and clips from KTVT.