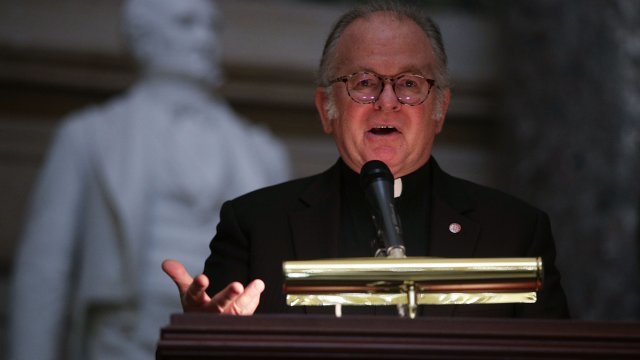 House Speaker Paul Ryan has prompted anger from both Democrats and Republicans after forcing the House chaplain to quit.

A letter written by Rev. Patrick Conroy dated April 15 says, "As you have requested, I hereby offer my resignation as the 60th Chaplain of the United States House of Representatives," according to NBC News.

The chaplain's role is to open House sessions with a prayer and offer spiritual counsel to members of the House. Conroy seems to have been well-liked, leaving lawmakers to wonder what happened.

Republican Rep. Frank LoBiondo said, "I have gotten to know him pretty well and I didn't understand it." While Democratic Rep. Joe Crowley said Conroy's ouster was "just outrageous."

Ryan has not given a reason for firing Conroy, but the chaplain has expressed skepticism about some GOP legislation.

Before the tax bill was signed, Conroy said: "May all members be mindful that the institutions and structures of our great nation guarantee the opportunities that have allowed some to achieve great success, while others continue to struggle." It's notable because critics say the tax bill is favorable toward wealthy Americans.