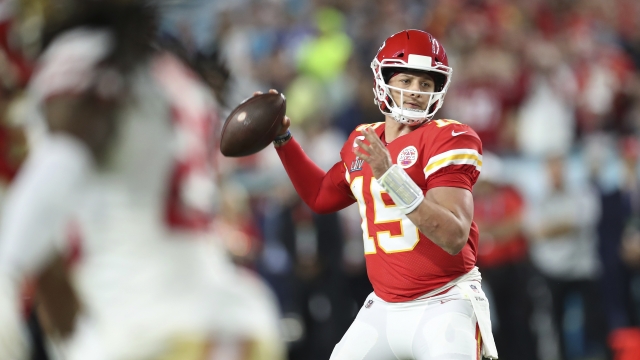 Patrick Mahomes is now a partial owner of the Kansas City Royals.

The Major League Baseball team announced the news on Tuesday. Principal owner John Sherman said: "We are very proud and excited to have Patrick as our partner in the ownership group of this franchise. Along with the rest of Kansas City, I have watched Patrick compete and become an extraordinary leader, both on and off the football field."

The Chiefs quarterback recently signed a $503 million, 10-year contract extension with the Super Bowl champion team. He said he's honored to become a part owner of the Royals and he's excited to deepen his roots in the community.

At 24, Mahomes is reportedly almost the youngest owner in sports history — but a 2-year-old has him beat. Serena Williams and Alexis Ohanian's daughter, Alexis Olympia Ohanian Jr., was named as an owner of the National Women's Soccer League team Angel City last week.