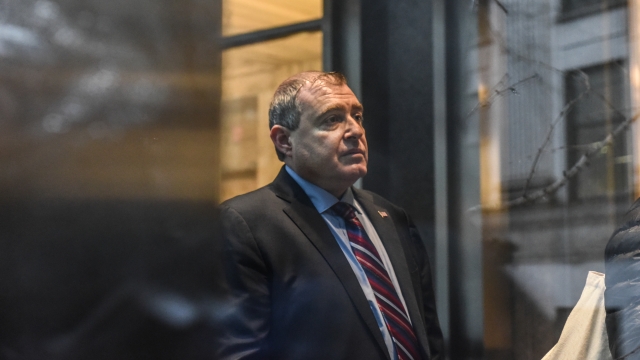 The House Intelligence Committee has disclosed details about the documents turned over by Lev Parnas and his attorney this week, ahead of the Senate's impeachment trial of President Trump.

The documents detail Parnas' efforts to arrange a meeting between Rudy Giuliani and Ukrainian President Volodymyr Zelenskyy, as well as Giuliani's pushes to remove then-U.S. ambassador to Ukraine Marie Yovanovitch from her post.

One of those documents made public by the House is a letter from Giuliani to Zelenskky requesting a meeting as President Trump's personal attorney. In the letter, Giuliani writes he is working "with the President's knowledge and consent."

A majority of the documents handed over by Parnas and his attorney are text messages. They show Parnas communicating with Zelenskyy's aides in an effort to arrange a meeting between Giuliani and Zelenskyy. They also show Parnas sharing information about President Trump's political rival Joe Biden and his son Hunter.

Some of the messages include exchanges between Parnas and former Ukrainian Prosecutor General Yuriy Lutsenko, as well as Connecticut congressional candidate Robert F. Hyde. According to the House, both men reference Yovanovitch, with Hyde's messages going as far as to imply he had her under physical surveillance in Kyiv. Meanwhile Lutsenko's messages call for a "decision" to be made about her.

The documents released also include a handwritten note by Parnas, according to his attorney, that reads, "get Zalensky (sic) to Annonce (sic) that the Biden case will Be Investigated."

It is unclear what role these documents will play ahead of the Senate impeachment trial.