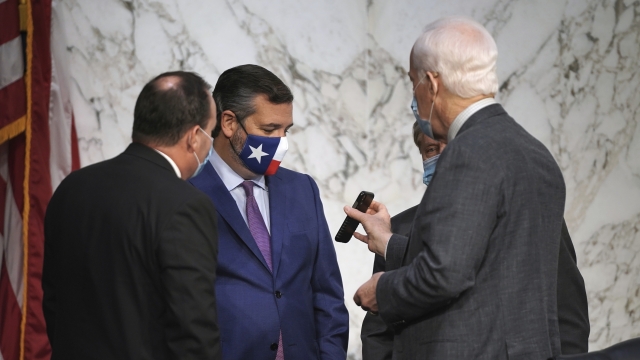 The app's main draw is its hands-off content moderation approach. Experts worry that can lead to harmful false information spreads on other platforms.

Parler, the social media platform marketed as a “free speech social network” with a hands-off approach to fact-checking, is seeing a large spike in users, particularly with conservatives.

Following the election, Parler’s user base grew from roughly 4.5 million to about 10 million. As of Friday morning, it was the second most popular free news app on Apple’s app store, behind Twitter. Newsy reached out to Parler for comment on this story but has not heard back yet.

Its most notable users exist across the conservative political and media landscape. Fox News host Maria Bartiromo, who said she’d leave Twitter two days after the election, already has 1 million followers. President Trump’s adult children are on the app, and it’s been promoted by politicians like Sen. Ted Cruz.

"Big tech is out of control, filled with hubris and flagrantly silencing those with whom they disagree," Cruz said. "That’s why I’m proud to join Parler. This platform gets what free speech is all about, and i’m excited to be a part of it."

Newsy spoke to experts who said that Parler’s newfound popularity is due to mainstream social media platforms’ efforts to moderate dis-and-misinformation.

“What really has driven this movement towards Parler has been around the issue of election fraud and the labeling of the president's tweets and some other conservative voices who have suggested that there has been widespread fraud," said Bret Schafer, Media and Digital Disinformation Fellow at the Alliance for Securing Democracy.

“The kind of content that we're seeing spread on Parler is very much related to stop the count or stop the electoral fraud," said Samuel Woolley, Program Director of Propaganda Research at the Center for Media Engagement at the University of Texas in Austin. "And so Parler is basically providing a space where people can air their political grievances, even though they've been proven to be completely false.”

Experts tell Newsy that Parler’s hands-off approach could turn the platform into an incubator for more dangerous content.

"We've seen in the past many of these platforms that have popped up as free speech havens, what has progressed from there has been some really problematic content. And we have seen them become places that have housed extremist manifestos. We've seen them be places where anti-Semitism, sexism, racism has sort of run rampant," Schafer said.

What remains to be seen is whether new users will stick around. Parler also saw a surge of new users in June after Twitter began labeling the president’s tweets, but it didn’t quite take off.

"One of the things we see with smaller, niches social networks — there are occasionally precipitating events that lead to people heading over there. It is rarely, almost never, I would say, an actual exodus from the main platform," said Renee DiResta, Research Manager at the Stanford Internet Observatory. "Even prominent accounts like Senators Ted Cruz and Rand Paul who announced in the late June, early July timeframe that they were going to Parler. [They] did not actually leave Twitter and did not decrease their posting patterns on Twitter, and in fact, very rarely actually post on Parler."

"My hunch is that Parler is not going to see sort of sustained growth because of the fact that, again, right now the user experience is really only enticing for, I think, a pretty small segment of society," Schafer said.