Parkland Students Are Planning A Bus Tour To Register Voters 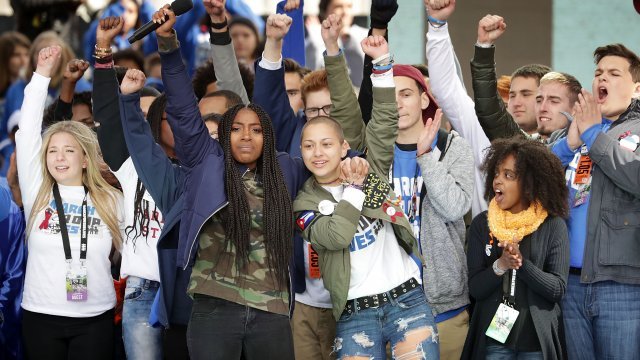 SMS
Parkland Students Are Planning A Bus Tour To Register Voters
By Gabrielle Ware
By Gabrielle Ware
June 4, 2018
The March for Our Lives: Road to Change tour will specifically focus on young voters.
SHOW TRANSCRIPT

Parkland, Florida, school shooting survivors are going on tour. On June 15, some students will hit the road for two months to register voters and advocate for gun control.

The March for Our Lives: Road to Change tour will specifically aim to register young voters. Students plan to visit cities that have been particularly affected by gun violence and cities where they say "the National Rifle Association holds the most sway with politicians."

Students will also be visiting every congressional district in Florida on a separate tour.

Marjory Stoneman Douglas High School students have been advocating for gun reform since a February shooting at the school left 17 people dead.

In March, students led the March For Our Lives demonstration in Washington, D.C., and hundreds of thousands of protesters joined them in sister demonstrations nationwide.