Parkland School Gunman To Get Life Sentence For Killing 17 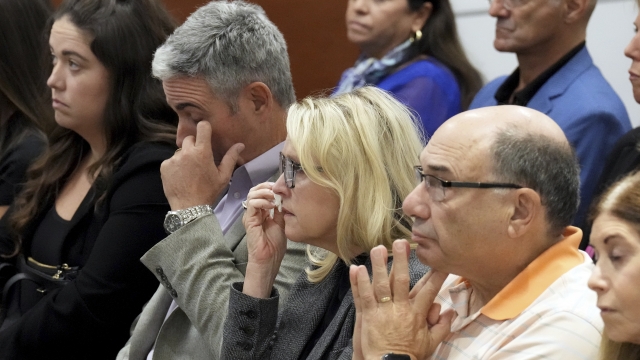 He will be sentenced to life without parole for the 2018 massacre after the jury said it could not unanimously agree that he should be executed.

The gunman in the Parkland, Florida, school massacre will be sentenced to life without parole for the 2018 murder of 17 people at Marjory Stoneman Douglas High School, after the jury said Thursday that it could not unanimously agree that he should be executed.

The jury's recommendation came after seven hours of deliberations over two days, ending a three-month trial that included graphic videos, photos and testimony from the massacre and its aftermath, heart-wrenching testimony from victims' family members and a tour of the still blood-spattered building.

Under Florida law, a death sentence requires a unanimous vote on at least one count.

Marjory Stoneman Douglas High School has been sealed and preserved since the 2018 massacre that left 14 students and three staffers dead.

The gunman, his hair unkempt, largely sat hunched over and stared at the table as the jury's recommendations were read. Rumblings grew from the family section — packed with about three dozen parents, spouses and other relatives of the victims — as life sentences were announced. Many shook their heads, looked angry or covered their eyes.