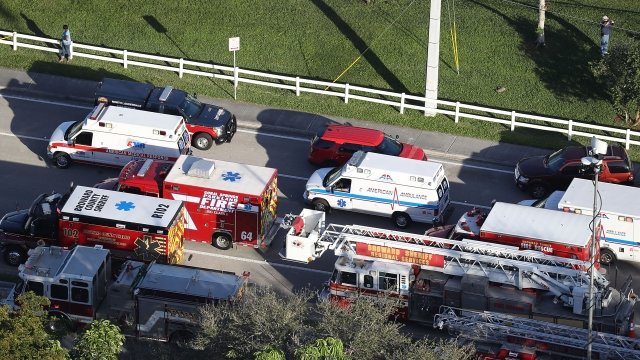 The Broward County Sheriff's Office said a suspect is now in custody in a Florida high school shooting. At least 17 people were killed and at least 14 more were injured.

The Sheriff's Office said the 19-year-old suspect is not a current student at the school but was at one point before being expelled.

Deputies responded to reports of a shooting shortly before 3 p.m. local time at Marjory Stoneman Douglas High School in Parkland.

The school was placed on lockdown shortly before law enforcement began clearing students from the building.

President Donald Trump tweeted: "My prayers and condolences to the families of the victims of the terrible Florida shooting. No child, teacher or anyone else should ever feel unsafe in an American school."