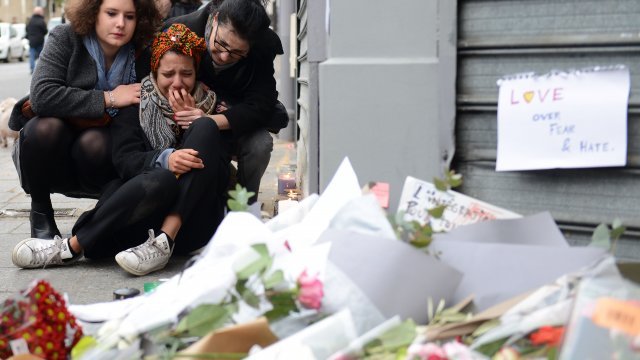 SMS
Paris Attacks Suspect Appears In Court On Separate Terrorism Charges
By Briana Koeneman
By Briana Koeneman
February 5, 2018
The suspect is currently on trial in Brussels on charges separate from the November 2015 attacks that left 130 people dead.
SHOW TRANSCRIPT

The only surviving suspect in the Paris attacks two years ago appeared in court Monday on separate charges.

Salah Abdeslam is currently on trial in Brussels on charges separate from the November 2015 attacks, which left 130 people dead and hundreds more injured.

Right now, he's facing attempted murder charges related to a shootout with police shortly before his arrest in 2016 for the Paris attacks. His trial in France isn't expected to start until next year.

According to several reports, Abdeslam refused to rise when the judge asked, and he declined to answer questions.

But some hope this trial will shed light on the events that led to the violence in Paris and other terrorist attacks.