Parents Who Lost Children To Gun Violence Are Running For Office 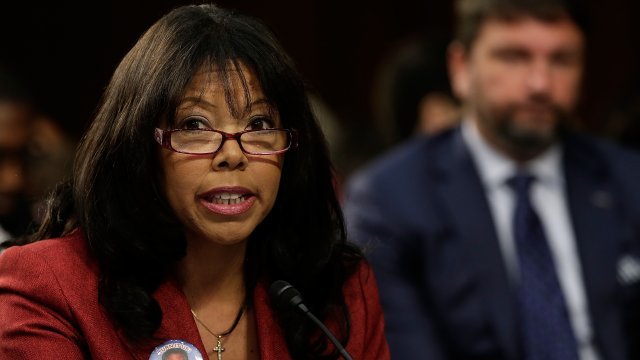 SMS
Parents Who Lost Children To Gun Violence Are Running For Office
By Bianca Facchinei
By Bianca Facchinei
May 18, 2018
Lucy McBath, whose son was fatally shot in 2012, is just one of many candidates who have lost loved ones to gun violence.
SHOW TRANSCRIPT

Georgia's 6th Congressional District recently became one of the more well-known constituencies in America. Last year, it had the most expensive House race in U.S. history, with Republican Karen Handel and Democrat Jon Ossoff running to fill the vacancy left by former Health and Human Services Secretary Tom Price.

Handel won that race, but she faces another one this fall in the midterm elections. Right now, there are four Democrats looking to become her opponent. One of them is Lucy McBath, who was inspired to run after the death of her son, Jordan Davis, in 2012.

Davis was shot and killed at a gas station in Florida over an argument about loud music. At first, Davis' shooter successfully used the state's stand-your-ground law to avoid being convicted. But in 2014, there was a retrial of the case, which led to his conviction and life sentence.

Nearly five years later, McBath is running for Congress on a platform that prioritizes measures like universal background checks and eliminating concealed carry reciprocity. She's not just running because of her personal experience, though — her campaign website points to the shooting at Stoneman Douglas High School in Florida as a motivation.

McBath has won endorsements from progressive groups like Giffords and EMILY's List, but she still has to make it past three opponents for the Democratic nomination. And whoever wins that will be running in a district that has consistently voted Republican since the late 1970s.

Regardless of who wins, McBath's candidacy demonstrates how victims of gun violence are having a political impact — and she's not the only one. In Parkland, Florida, two parents who lost their kids in the Stoneman Douglas shooting are running for school board.

According to Gallup, public support for gun control has been on the rise since 2015. After the Parkland shooting in February, the number of young people registered to vote increased after efforts led by groups like March for Our Lives. The recent shooting at Santa Fe High School in Texas could add to that momentum.

That won't guarantee McBath the nomination, but it could continue the gun control debate ahead of the midterm elections this fall.