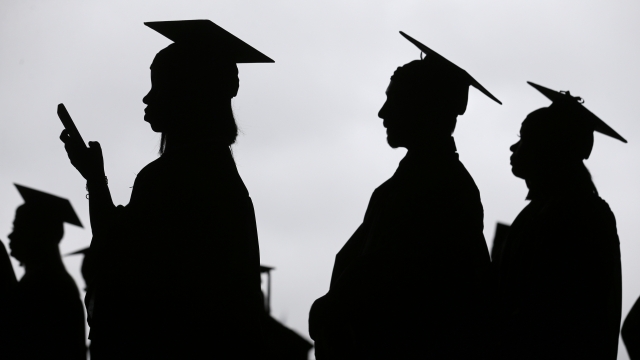 Alternative training programs are helping workers break through the paper ceiling that keeps viable workers from jobs because they lack a degree.

About 55% of America’s workforce lacks a bachelor's degree or higher. Many have experience, training, and skills, but not having a degree blocks them from even being considered for higher-paying jobs.

"It does so through these barriers such as degree screenings, through biased algorithms, even our professional networks," said Will Villota, VP of marketing communications at Opportunity@Work.

Called the "paper ceiling," this invisible barrier holds workers without a college degree back. The nonprofit organization Opportunity at Work says as many as 70 million STARs who are held back by bachelor's degree requirements, 30 million of them could earn up to 70% more if they were able to access those jobs.

"This is an issue that intersects with education, with poverty, with lots of other social issues," Villota said.

Workers who are skilled through alternative routes, called STARs, can add diversity to the workforce.

"Being Asian American ... degrees are so valued, like you have to have a degree to be someone, to be somebody," said Kenny Nguyen, CEO of ThreeSixtyEight. "Why can’t I be somebody now?"

Financial, family or health reasons can prevent some Americans from pursuing and finishing higher education, but that doesn't mean there aren't other ways to learn. On-the-job training, certificate programs and military service are ways to get those skills.

"So many employers are used to screening for degrees, and that means that they are overlooking a really qualified pool of people, at the same time locking those people out of higher-wage jobs," said Carolyn Pierce, partner at McKinsey & Company.

The amount of students in college classrooms is dropping, which could have long-term impacts for society as a whole.

McKinsey & Company, along with 49 other companies in partnership with Opportunity at Work, aim to cut through that paper ceiling just like Pierce did.

"I just needed a chance, and that was my experience with people giving me that chance and giving me the opportunity to show that I am capable of learning and growing and taking on new things like everyone," Pierce said.

Now she leads part of McKinsey's team and advocates for skilled workers regardless of degrees.

"We don't think it's a skills gap," Pierce said. "We think it's more of an opportunity gap and that by putting in place better ways to find skilled workers who have different backgrounds, you're really expanding the pool of people that you're considering."

Our job market often caters to college graduates, but about a quarter of those who enroll drop out freshman year and make a third less than graduates.

"There's this real competition for talent, and if you can expand your talent pool, you can fill your roles a lot quicker," Villota said.

Getting rid of degree screenings and focusing more on skill-based experiences can open up the talent pool in a country suffering from a tight labor market.

In Maryland and Colorado, governors have stripped college requirements for thousands of jobs. Plus, a new campaign called Tear the Paper Ceiling wants employers to broaden their search for workers and encourage applicants without degrees to aim higher.