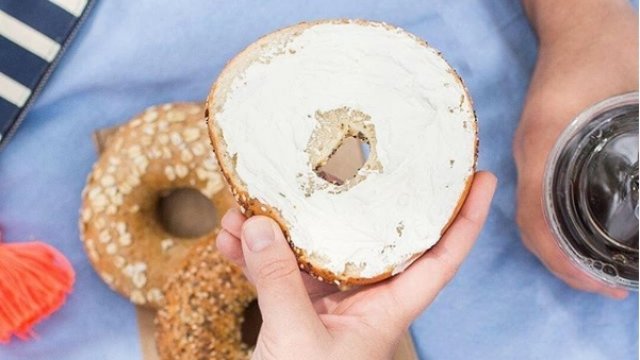 SMS
Panera Bread Is Recalling Its Cream Cheeses
By Caitlin Baldwin
By Caitlin Baldwin
January 29, 2018
The company is recalling all 2-ounce and 8-ounce cream cheese products sold in the U.S. that have an expiration date on or before April 2, 2018.
SHOW TRANSCRIPT

Panera Bread issued a voluntary recall of its cream cheese products over a possible listeria contamination.

The company said in a statement the bacteria was found in samples from one variety of cream cheese in a single day of production. Panera said all testing for listeria since the discovery has been negative and that production at the affected facility has stopped.

Listeria can cause fever, aching, confusion and, in some cases, death. It's particularly dangerous for children, the elderly and pregnant women.

Panera said to be safe it's recalling all 2-ounce and 8-ounce cream cheese products sold in the U.S. with an expiration date on or before April 2, 2018.

As of Jan. 28, the Food and Drug Administration said there haven't been any reported illnesses linked to this recall.