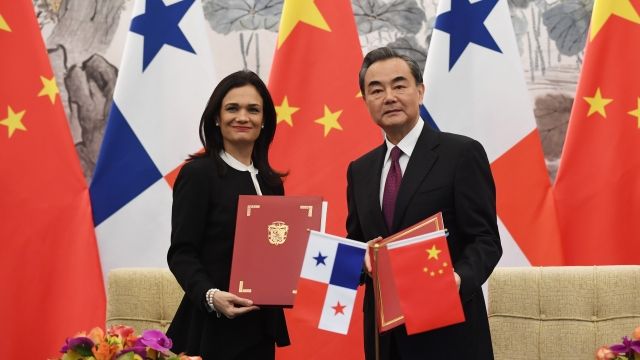 China's recent moves to tamp down on Taiwan's sovereignty have left the island seeing red.

The feud between China and Taiwan reignited after Panamanian President Juan Carlos Varela announced that he would be establishing ties with China and breaking off relations with Taiwan.

A joint statement from China and Panama supported the president's statement and read, "The Government of the Republic of Panama recognizes that only one China exists in the world."

This announcement comes as a blow to Taiwan, as well as its leader.

Taiwanese President Tsai Ing-wen fired back, saying Taiwan is a sovereign country whose sovereignty "cannot be challenged nor traded." The Taiwanese government has since closed its embassy in Panama City and ended all aid programs in the Central American country.

So how did all this start?

Taiwan was once part of mainland China but broke away during the Chinese Communist Revolution. The island now considers itself an independent nation, while China insists it's a territory of the mainland and has been working to diplomatically isolate it.

The dispute between China and Taiwan worsened this year when Tsai called to congratulate President Donald Trump on his election win. This move threatened China because it didn't acknowledge its stance on Taiwan. After that, Beijing increased efforts to disenfranchise Taiwan.

Last month, Taiwan wasn't invited to the annual assembly of the World Health Organization — this is the first time this has happened in eight years. 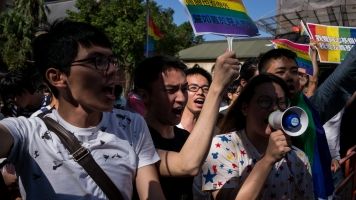 Now, Taiwan has lost more diplomatic support from Panama — and some people think it could get worse.

The former Mexican ambassador to China tweeted: "I think Dominican Republic and Nicaragua will soon follow. Big question is, will Vatican ditch Taiwan for Beijing?"