Palestinians, UN React To US Cutting Aid To Relief Group 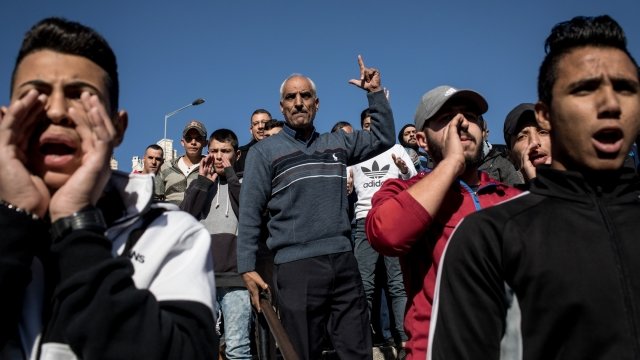 SMS
Palestinians, UN React To US Cutting Aid To Relief Group
By Jake Jones
By Jake Jones
September 1, 2018
On Friday, the State Department announced the U.S. would end all funding to a Palestinian relief agency.
SHOW TRANSCRIPT

On Friday, the State Department announced the U.S. would end all funding to the United Nations Relief and Works Agency.

It serves Palestinians who were displaced in the war that founded Israel, as well as their descendants. The State Department called its business model unsustainable.

The Palestine Liberation Organization called the funding cut "inhumane and reckless" and accused the U.S. of "destroying the very foundations of peace and stability." The U.N. secretary-general said, "We regret the United States' decision."

A Hamas spokesman accused the U.S. of "taking sides" with Israel against Palestinians. A spokesman for Palestinian Authority President Mahmoud Abbas said the cut was a "flagrant assault against the Palestinian people."