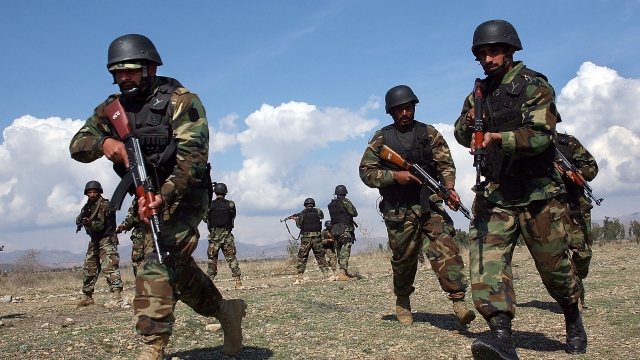 SMS
Pakistani Military Claims It Shot Down 2 Indian Fighter Jets
By Katherine Biek
By Katherine Biek
February 27, 2019
India's government later confirmed that one of its jets was "lost" and its pilot is missing.
SHOW TRANSCRIPT

A spokesperson for Pakistan's military claimed that it shot down two Indian fighter jets that entered Pakistani airspace within the disputed region of Kashmir Wednesday.

India's government later confirmed that one of its jets was "lost" and its pilot is missing. The official didn't comment on Pakistan's claims about shooting down a second Indian plane.

Tensions between the two countries have been escalating following a Feb. 14 attack on a convoy of vehicles carrying Indian soldiers, which left at least 44 dead.

India blamed the terrorist organization Jaish-e-Mohammed for the attack. Its main goal is to separate the Indian-controlled area of Kashmir from the country and unite it with Pakistan.

Earlier this week, India said its military planes crossed over the Line of Control that divides Kashmir and bombed one of the terrorist group's outposts in Pakistan. It's unclear how effective the attack was, though — India says it demolished the camp, while Pakistan claims the bombs missed their targets.

In a televised speech Wednesday, Pakistan's prime minister reiterated a previous offer to hold peace talks with India but warned he's fully prepared to ramp up military actions against the country if forced to.