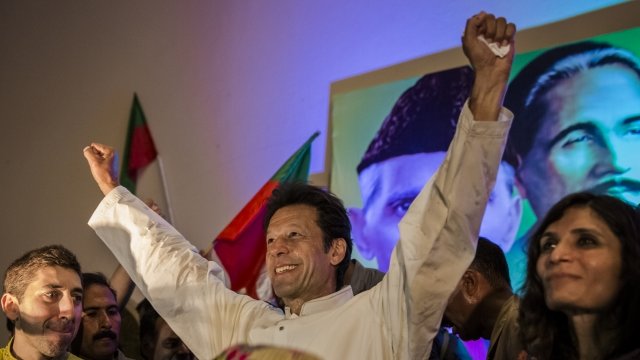 His win was expected. Despite allegations of vote rigging, Khan's political party secured the most seats in Pakistan's National Assembly in the July 25 election. But they didn't get enough to win a majority, so his party had to team up with others to form a coalition.

With that coalition in place, Khan secured 176 votes Friday. His main challenger for the prime minister position, Shahbaz Sharif of the Pakistan Muslim League, got 96 votes.

Khan will now be sworn in Saturday. As Newsy previously reported, he's called for moving toward a more "balanced relationship" with the U.S. But it's unclear what that relationship would look like, since he's criticized American drone strikes and the country's counter-terrorism operations in Afghanistan.