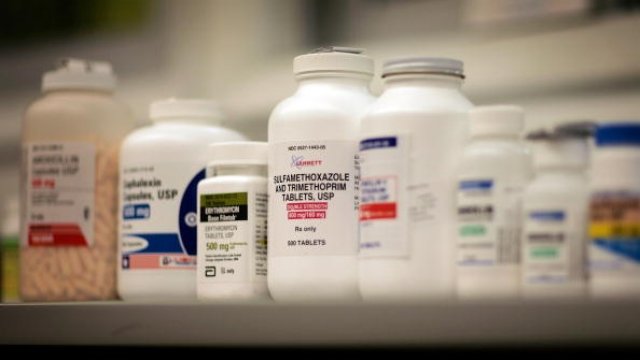 SMS
Pairing The Right Antibiotics Could Help Fight Resistant Diseases
By Lindsey Theis
By Lindsey Theis
July 4, 2018
Researchers found effectiveness of antibiotics can be altered by combining them with each other, with other drugs, or even with food additives.
SHOW TRANSCRIPT

Those antibiotics the doctor prescribed you might be more or less effective, depending on what other medicines you're taking, or even what food you've eaten. And this could end up being useful: scientists in Europe have found many drugs could be combined to fight antibiotic-resistant bacteria.

They are called "synergistic drugs." Doctors already use them to attack things like HIV or cancer on multiple fronts. In the right cases, they work on bacteria, too. One combination reduced mortality up to five times when doctors used it to treat a common hospital infection.

In a new study, researchers from the European Molecular Biology Laboratory got more comprehensive. They tested almost three thousand drug combinations on different bacteria, like salmonella and E. coli. They also tried combining them with drugs that work on human cells instead of bacteria, and even with food additives like vanillin, the compound that gives vanilla its flavor. 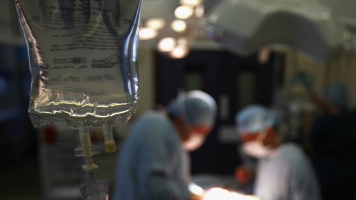 They found many combinations made the antibiotics less effective. But some combinations worked surprisingly well against multi-drug resistant bacteria. Vanillin, for example, helped an antibiotic that isn't used often nowadays to treat resistant gonorrhoea. In this instance, it helped the antibiotic enter bacterial cells and prevent growth.

The findings are good news, because the World Health Organization has called antibiotic resistance a “fundamental threat” to humanity. The CDC says at least 2 million people in the U.S. alone get drug-resistant infections each year, and at least 23,000 people die from them.