Paid Parental Leave In San Francisco, Where No One Can Afford A Family 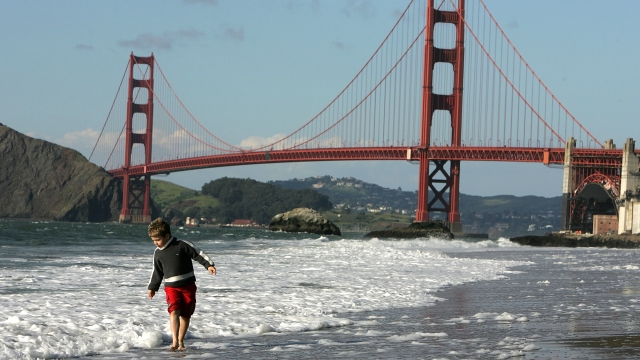 According to an online calculator, the cost of living in San Francisco is 84 percent higher than the national average.

Starting a family in San Francisco just got sweeter — about 45 percent sweeter.

Let us explain: On Tuesday, the San Francisco Board of Supervisors voted unanimously to pass a law requiring employers to pay 100 percent of an employee’s salary for six weeks following the addition of a new family member.

Prior to this, the state of California required businesses to pay new parent employees 55 percent of their wages.

The new law puts San Francisco on the map as the only municipality in the country to mandate a fully paid parental leave. Sweet, right?

Well, sweet if you can afford to live in San Francisco in the first place. We’re guessing this new, generous law won’t exactly result in a baby boom for the city.

Here’s why: Finding a place to live is nearly impossible. Forbes reports that as of the fourth quarter of 2014, the vacancy rate was just 3.6 percent.

And if you're lucky enough to find a place, you’ll have to pay an arm and a leg to be squished into a really small space — not ideal for welcoming a new baby.

According to a recent report, an average one-bedroom San Francisco apartment runs at $3,590 a month.

But housing isn’t the city’s only cost-prohibitive factor to bringing a baby into the world.

An online cost-of-living calculator, which takes into account everything from what you spend on groceries to how much it costs to fill up the tank, gives the city's prices an "F." Overall, it says San Francisco residents are paying 84 percent more than the national average to simply live.

And the bad news gets worse. San Francisco’s Office of Economic Analysis reports the new law could "increase the cost of hiring, slow job creation and replacement, and create negative multiplier effects in the local economy."

All told, fully paid parental leave might not be worth the trip out West to start your future family. Fingers crossed this idea catches on in other cities, though.