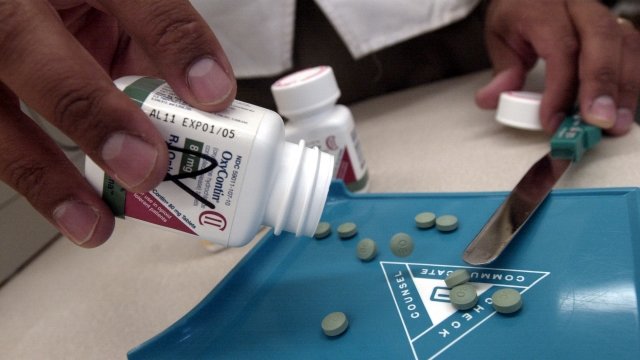 OxyContin maker Purdue Pharma has announced it's funding the development of a cheaper opioid antidote.

Purdue is providing a $3.42 million grant to Harm Reduction Therapeutics to speed up the production of an inexpensive, over-the-counter version of naloxone nasal spray by about a year. Naloxone can quickly counteract the effects of an opioid overdose.

Recently, the pharmaceutical company has been accused of helping fuel the national opioid epidemic. Multiple states and local entities have sued Purdue over claims that it used deceptive marketing practices, downplaying the addictiveness of its painkiller in order to profit from sales. The drug manufacturer has denied the allegations and has since stopped marketing OxyContin to doctors.

Its CEO says the grant shows the steps Purdue is taking to help address the opioid crisis by increasing naloxone access. The move could also be seen as a way to help mitigate any negative publicity stemming from litigation.

Earlier this year, the U.S. surgeon general called for more Americans to carry the potentially life-saving drug. It's currently available at some pharmacies without a prescription, but can also be costly. Harm Reduction Therapeutics expects that with Purdue's financial help, its version will be on the market in 18-24 months.