Overturning Precedent Is Not A Partisan Issue 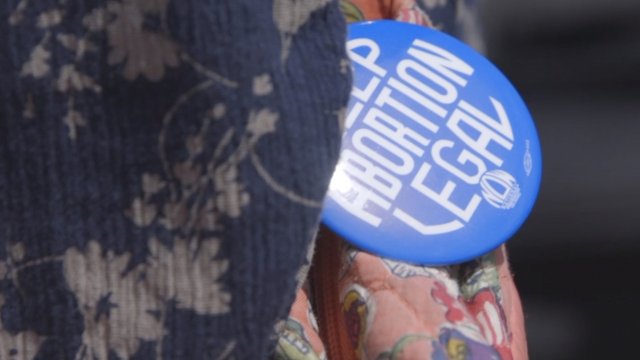 SMS
Overturning Precedent Is Not A Partisan Issue
By Alexandra Miller
By Alexandra Miller
May 30, 2019
Both conservative and liberal justices say they'll honor precedent before they're confirmed. But many of them change their mind once they're sworn in?
SHOW TRANSCRIPT

It’s a common phrase in Supreme Court justice confirmation hearings: stare decisis. It's a Latin word that means precedent. A justice cannot vote to overturn a case simply because they disagree.

"There needs to be special justification and there's a couple of factors. The idea that the rule has become unworkable that its not practical anymore that the facts that led to the rule are no longer there," Supreme Court expert Amy Howe explained. "You look at whether or not people have relied on the rule."

Every nominee is asked whether they'd honor it, but who is asking that question could tell you a lot about which precedent they're asking the potential justice to honor.

During Brett Kavanaugh's confirmation hearing, democratic Senators wanted to know if he planned to overturn the landmark abortion case Roe v. Wade, and another, Planned Parenthood v. Casey. Neither case was decided along ideological lines.

He said Roe, and the decision in Casey, was precedent on precedent. Democrats didn’t believe him.While Kavanaugh promised to respect precedent, pro-abortion advocates worry the court could still chip away at abortion rights by allowing states to more strictly regulate abortion, something allowed in the 1992 Casey decision.

President Trump promised in 2016 to appoint justices who would overturn abortion precedent. And yet, while Democrats railed against candidate Trump for not respecting precedent, the party’s own nominee wanted to just that on a different case: Citizens United.

The Court ruled in 2010 along an ideological divide that government cannot ban or limit contributions by corporations to elections and political candidates. It called those donations a form of free speech.

So, how often does the court change its mind?  It happened frequently during the 50s and 70s to address civil rights issues. Many of those decisions were handed down by a liberal majority. Citizens United actually overturned a precedent itself. It happened again last term, and earlier in May, the court overturned a four decades old precedent on a much lower profile issue.

"I think they all expect to honor precedent," Howe said. "Where the disagreement comes into play is whether or not those factors exist and so I'm sure the justices on one side who vote to overrule a precedent firmly believe the factors exist."

Justices like Stephen Breyer have been vocal they're worried it will open the door to other higher profile issues.

"There's a little bit of a chess game going on in stare decisis and overruling precedent," she added. "One side my not want to give an inch because you sort of set the table to overrule precedent later on."