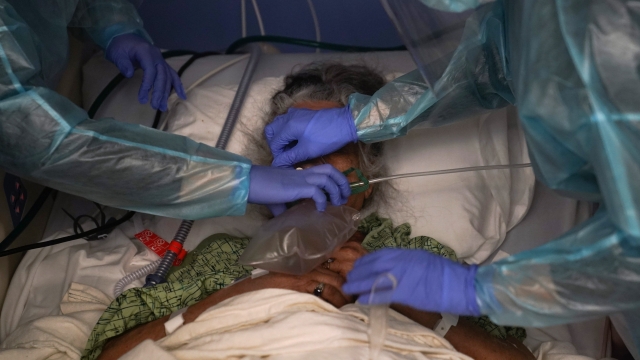 Federal hospital data showed many of these areas only have 15% of their beds still available.

A new report finds over 40% of Americans live in an area where their local intensive care units are at the brink.

An Associated Press analysis of federal hospital data shows many of these areas only have 15% of their ICU beds still available.

The COVID Tracking Project said the highest ICU occupancy is throughout the South and West.

One Alabama doctor lamented an ongoing refusal by some not to wear masks or avoid social gatherings... saying, quote, "There just hasn’t been a lot of respect for the illness."

Johns Hopkins University reported Sunday the U.S. is now at over 25 million infections.