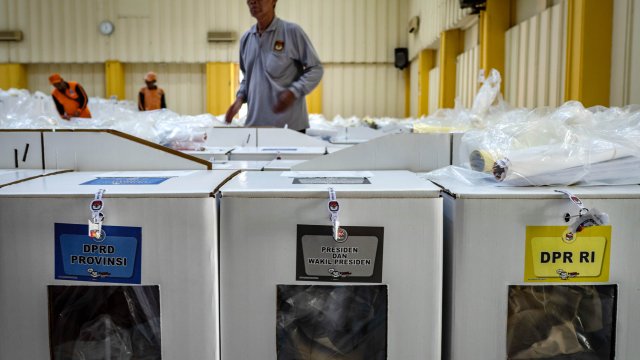 The country's presidential and legislative elections took place on the same day — April 17.

The country's presidential and legislative elections took place on the same day — April 17. Just ten days later, officials reported that hundreds of staff had died and over 1,800 were sick after helping with the election and counting millions of ballots by hand. CNN reports an estimated six million election workers were involved in the process.

One Indonesian lawmaker told CNN Indonesia that "if the victims continue to fall, there is something fundamentally very wrong."

The head of the General Elections Commission said the dual elections, combined with the pressure to deliver results quickly, may have contributed to the deaths and illnesses.

The spokesman for the commission said the health ministry has urged medical facilities to take good care of sick election workers, and the finance ministry is working on compensation for the families of the deceased.