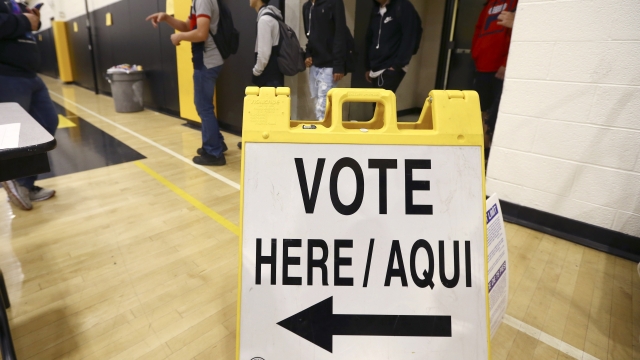 Voter engagement groups are aiming to turn social activism into success at the ballot box.

This year, Millennials and Generation Z will be about 40% of the electorate, making them a key voting bloc.

So groups like Rock the Vote have partnered with several organizations for its online Democracy Summer initiative. It launched this month with the goal of registering 200,000 new voters.

"Have you seen an uptick in interest [in] your social media sites on your website in terms of people looking for resources?"

"So there has been a massive uptick in Instagram and Twitter followers like Rock the Vote has never seen before," said Jesse Moore, a Rock the Vote board member. "And then just in the first two weeks of June there were 150,000 new registrations through Rock the Vote's platforms, which is a massive jump."

Voting advocates are aiming to spark high interest in the election among young people,  like in 2018, when voting levels across a majority of states for 18-to-29-year-olds surged compared to previous midterm elections.

"People are motivated, and they're going to show up," said Melanie Campbell, who is president and CEO of the National Coalition on Black Civic Participation. "Young people, they showed up in 2018. So people keep forgetting, young people in 2018 voted in record numbers. So they're paying attention."

The Southern Poverty Law Center is also hoping to use the energy of the protests to mobilize people of color to vote. The group announced it will award $30 million in grant funding over the next two years to support nonpartisan voter registration efforts focused in five southern states.

"We've seen a spike in voter suppression efforts that are sponsored by states in the Deep South," said Seth Levi, who is the chief strategy officer at the Southern Poverty Law Center. "That's creating more barriers for people of color to register and then participate in elections."

The organization is also focusing its efforts on rural areas. It's all part of a plan to get people involved in the political process. Campbell says it's important to engage directly with voters.

"We connect the protest to policy to the polls — three P's," Campbell said. "And how important that is that we connect that for folks, because protests elevates, right. It keeps the pressure on. And you also have to deal with, OK, what you want, you know what you want. ... You want change."