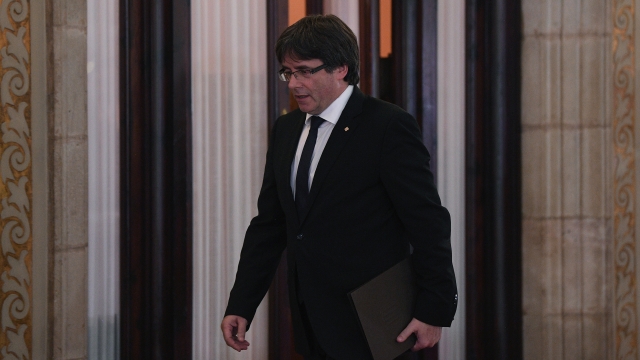 He tweeted Sunday, "It is time to take another step forward to internationalize Catalonia's right to self-determination: right from the heart of Europe to the whole world."

Puigdemont will be the leading candidate for the Together for Catalonia party.

While serving as Catalonia's president back in 2017, Puigdemont organized an independence referendum that Spain deemed illegal. As a result, the country's government dissolved Catalonia's parliament and took direct control of the region.

Multiple outlets report Puigdemont's currently living in self-imposed exile in Belgium. If he were to return to Spain, he'd face charges of rebellion and sedition.

If Puigdemont does win the May 26 election, it's unclear what his future would look like, since Spanish media reports he would be required to return to Spain to be sworn in to the role.