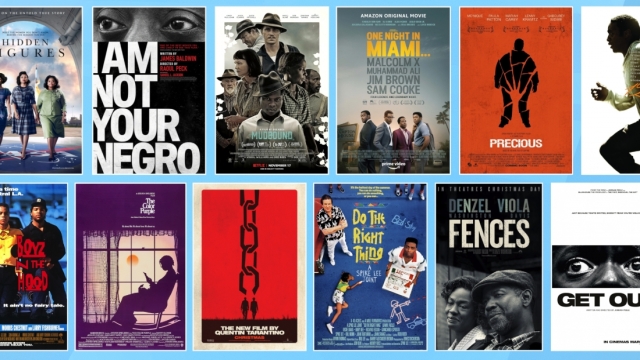 SMS
The Oscars' Fixation On Black Trauma Is An Issue Of Diversity
By Casey Mendoza
By Casey Mendoza
April 20, 2021
In the history of the Oscars, the majority of nominations for Black writers and filmmakers have gone to movies about racism.
SHOW TRANSCRIPT

This year's Academy Awards features a record-breaking number of nominees for actors of color. But diversity in entertainment isn't just about the actors we see on screen — it's also about the stories they get to tell.

Ammanuel Zegeye, a partner at McKinsey & Co.: "I think there's still some exciting developments from the Oscars, but there's still a long way to go across the board."

"Both on screen and off, Black talent is pigeonholed and funneled to race-related content," according to a study from the BlackLight Collective and McKinsey & Co. consulting group. Researchers say this can reinforce stereotypes about Black communities as well as serve as another barrier for artists of color.

Zegeye: "People either want poverty or 'Wakanda,' and nothing in between. … And so what you see is a lot of Black off-screen talent being kind of pushed into these race-related films."

In the history of the Academy Awards, the majority of nominations for Black writers, directors and producers have gone to films about racism in America — and more than half of those films feature storylines about the criminal justice system.

Monique Jones, entertainment journalist at Just Add Color and Mediaversity Reviews: "Just the idea of Black trauma in general is a big deal with how Black people are seen by the Academy … when there's so much more to being a Black person in America than just the traumatic side."

Critics of color have been sounding off on this issue for the past year, especially in the aftermath of the protests for racial justice, when streaming platforms published curated collections of Black-led titles.

Many films highlighted race-related trauma throughout American history. And while critics saw those stories as important — contextualizing present-day issues of racism — the films also amplified real life anxieties and fears.

Some artists and advocates are working to change this. Actress and producer Marsai Martin has a "No Black Pain" rule at her production studio. And Kristen Marston, the culture and entertainment advocacy director at Color of Change told Newsy that the organization "is calling on the industry to greenlight Black-led projects that depict a more expansive version of the Black experience."

Jones: "The more we start realizing that there is a way to talk about Blackness without always going to pain, the more that people will start trying to find other avenues that showcase Blackness in an uplifting, powerful way."