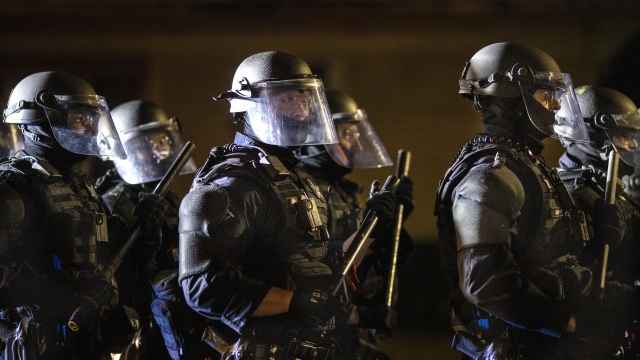 In Oregon, two neighboring sheriffs say they won't send their law enforcement resources to Portland to assist the city — after calls to do so from the governor.

Washington County's sheriff said a lack of political support and current volatility combined with "intense scrutiny on use of force presents an unacceptable risk if deputies were deployed." Clackamas County's sheriff said the only way to make Portland safe is to hold offenders accountable.

Protests have continued in Portland for more than 90 days since the death of George Floyd.