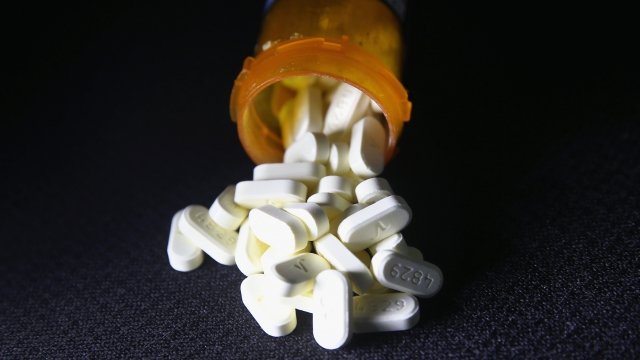 SMS
Study: Opioids Killed Nearly 9,000 Young People From 1999 To 2016
By Andrea Gonzales
By Andrea Gonzales
December 28, 2018
The Journal of the American Medical Association released a report saying the mortality rate for younger patients in opioid overdoses have tripled.
SHOW TRANSCRIPT

A new report from the Journal of the American Medical Association shows the effect opioids are having on younger people in America.

It says that between 1999 and 2016, opioids have killed nearly 9,000 people under the age of 19. It also said that the mortality rate has nearly tripled in that time.

Around 73 percent of the nearly 9,000 adolescents who died were boys. And about 88 percent of them were between the ages of 15 to 19. The research shows both prescription and illicit drugs were to blame.

Researchers say the problem will most likely get worse unless "legislators, public health officials, clinicians, and parents take a wider view of the opioid crisis and implement protective measures."

An earlier report in the journal Pediatrics showed opioid-related hospitalizations requiring intensive care for children doubled between 2004 and 2015.

And the Centers for Disease Control and Prevention released data that found opioids were responsible for more than two-thirds of drug overdose deaths in 2017, and that overdoses have contributed to the decrease in American life expectancy.